We stopped for a break in Amarillo. Ever since I watched the movie The Great Outdoors with John Candy I have wanted to try The Big Texan Steakhouse. The restaurant has long tables and you are seated at one end and another party at the other. We arrived right at 11 am when lunch began. The menu was a little cheaper so that was our main reason. The steak was good (not the best but good) but the strawberry shortcake was the best I’ve ever had! The kids enjoyed watching two boys try and eat the 72 oz free-if-you-finish-in-one-hour steak. The boys were directed to a stage to try and eat in front of everyone. The restaurant had a shooting gallery and fudge shop. I’m glad we stopped. 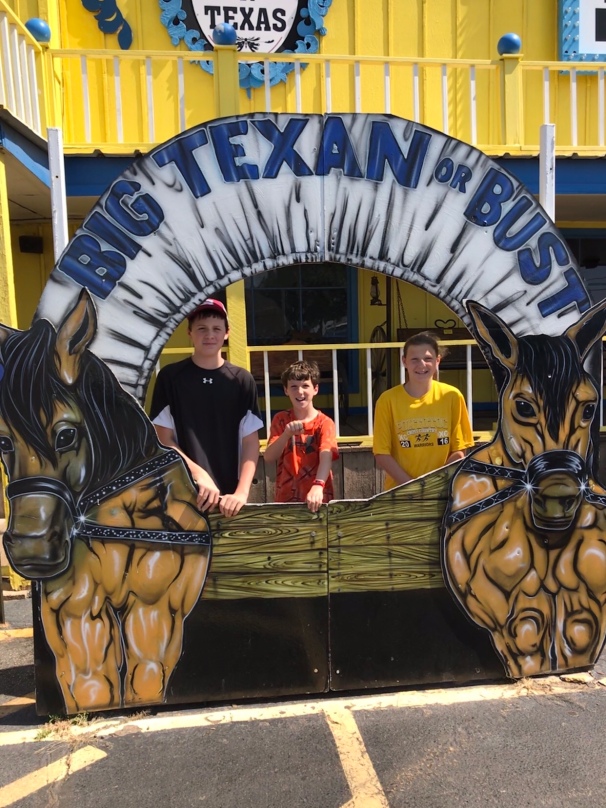 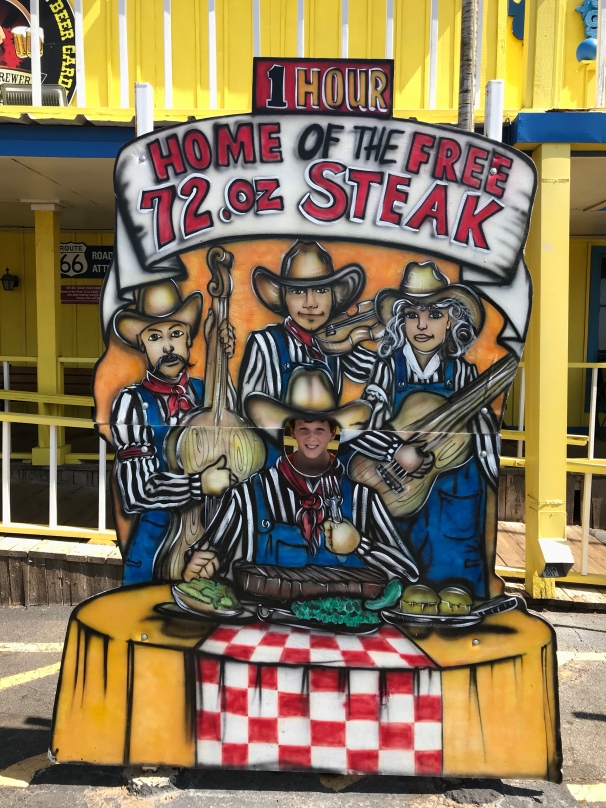 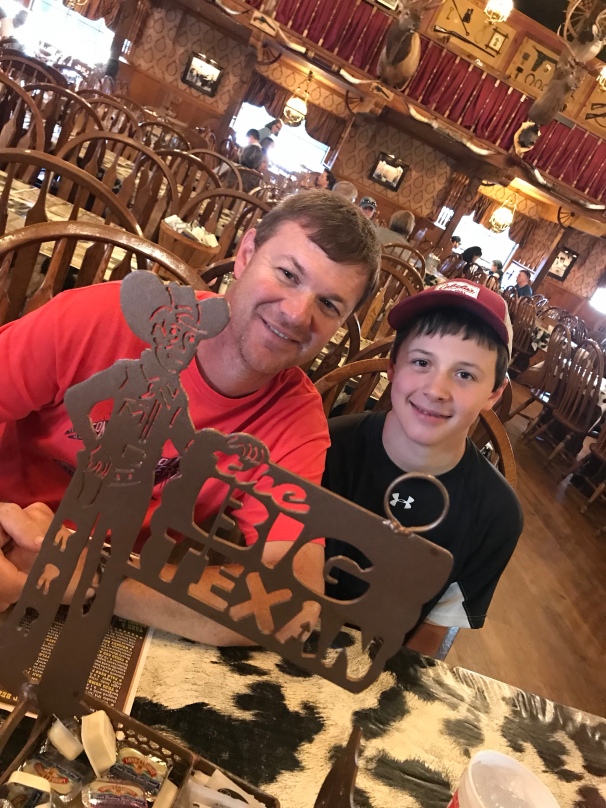 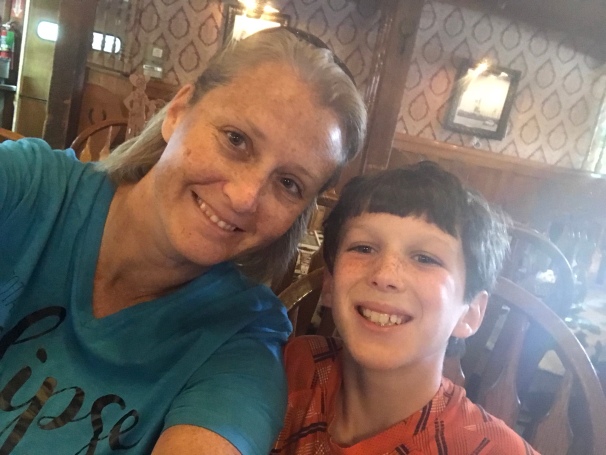 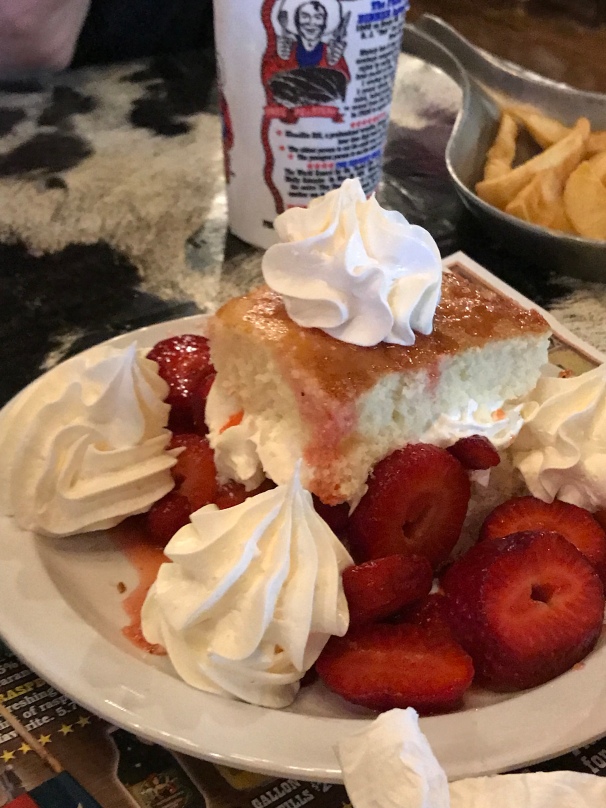 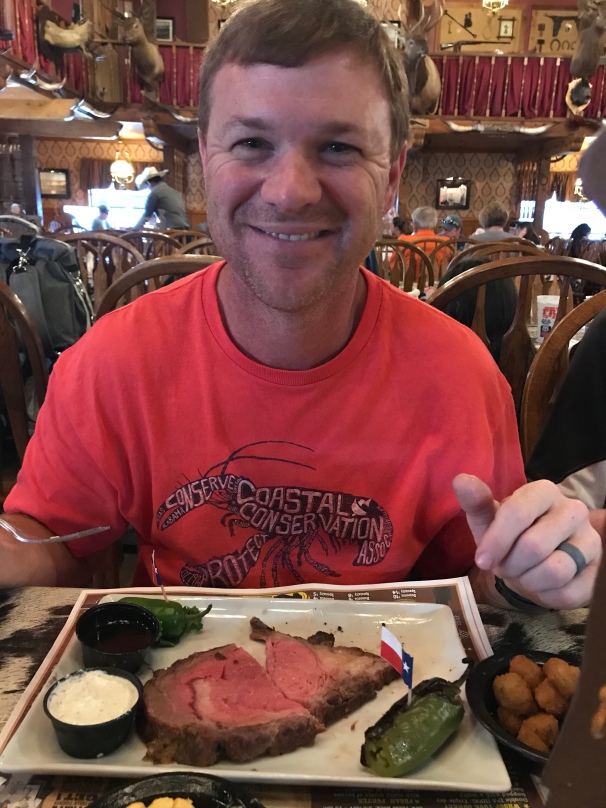 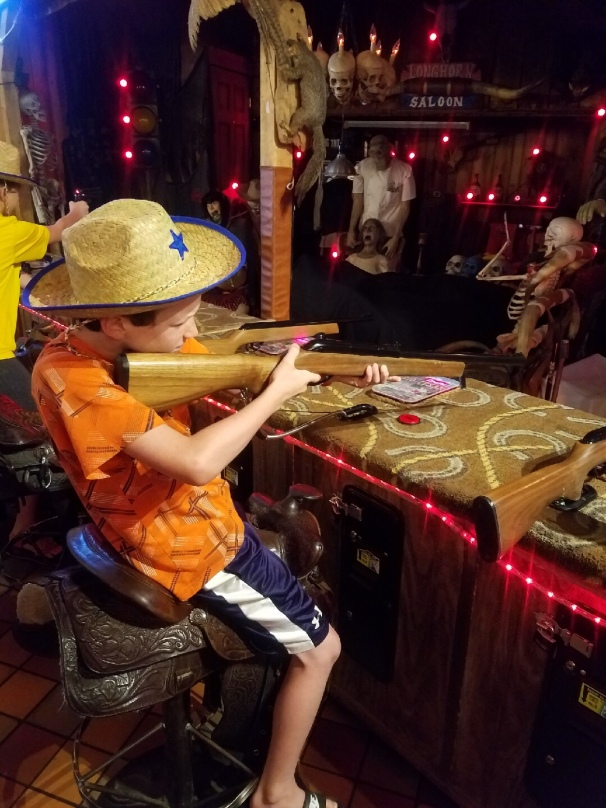 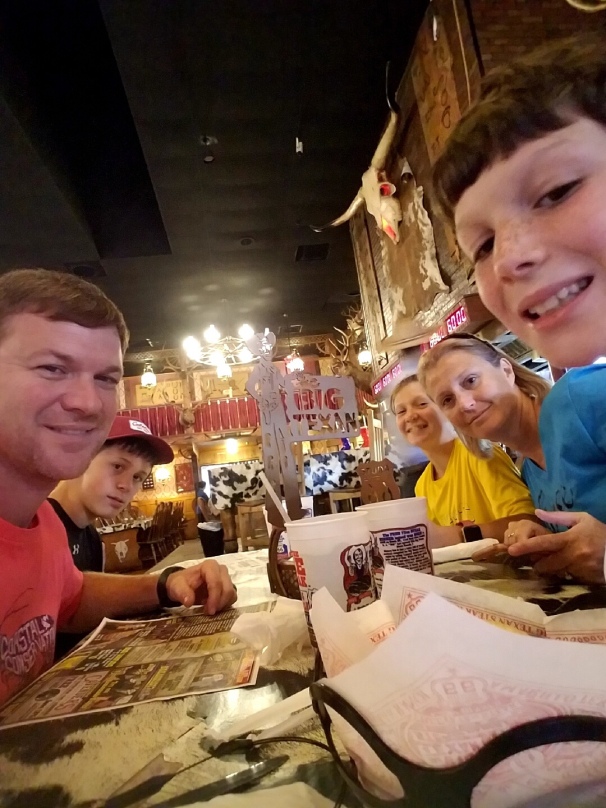 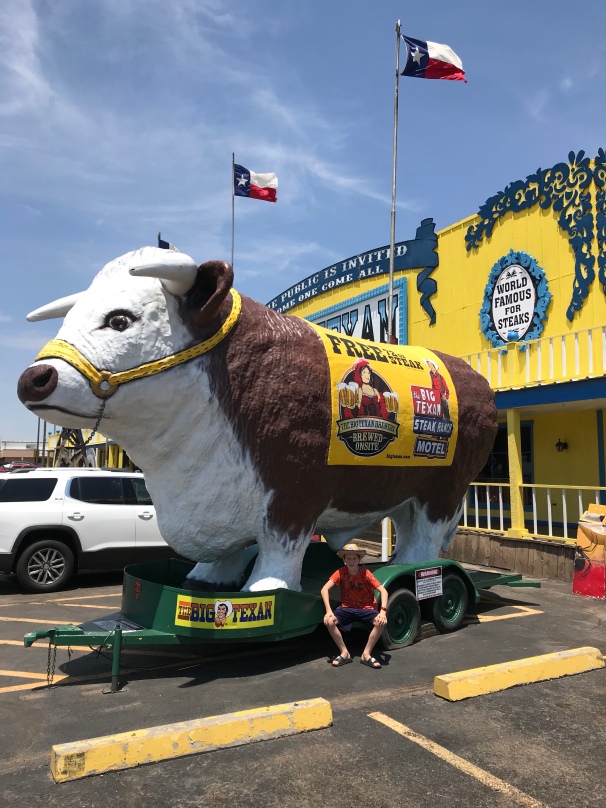 Another thing we did In Amarillo was to stop at Cadillac Ranch. The story goes a rich man “planted” his old Cadillacs in a filed every time he bought a new one. We stopped by Wal-Mart to buy a couple of cans of spray paint. Carter took a long time picking his out because he wanted a shade of camouflage which they did not have. Once we got to the ranch we didn’t even need the paint because there was so much extra lying around. It was muddy the day we went so only the first two cars were reachable unless you had boots. The kids painted away! It was really in the middle of nowhere! It was super windy and the dirt kicked up and hit your legs which hurt! It was neat to see. 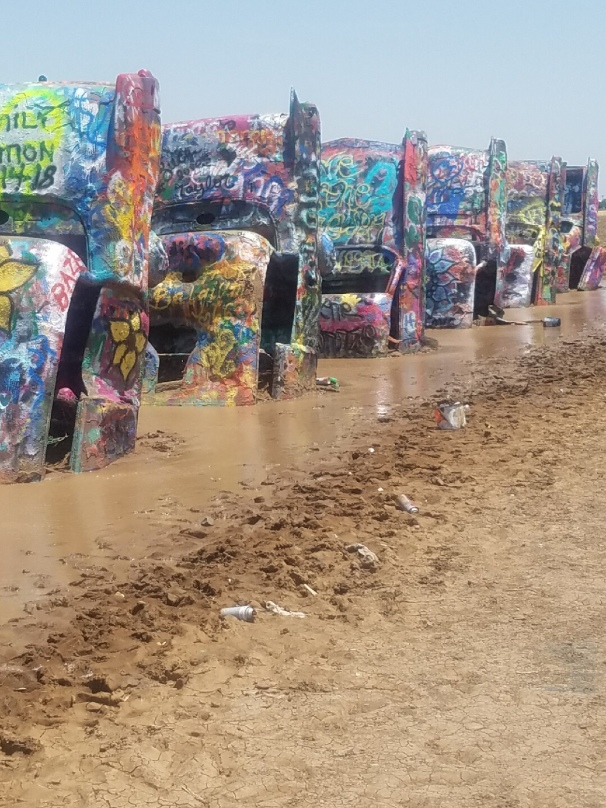 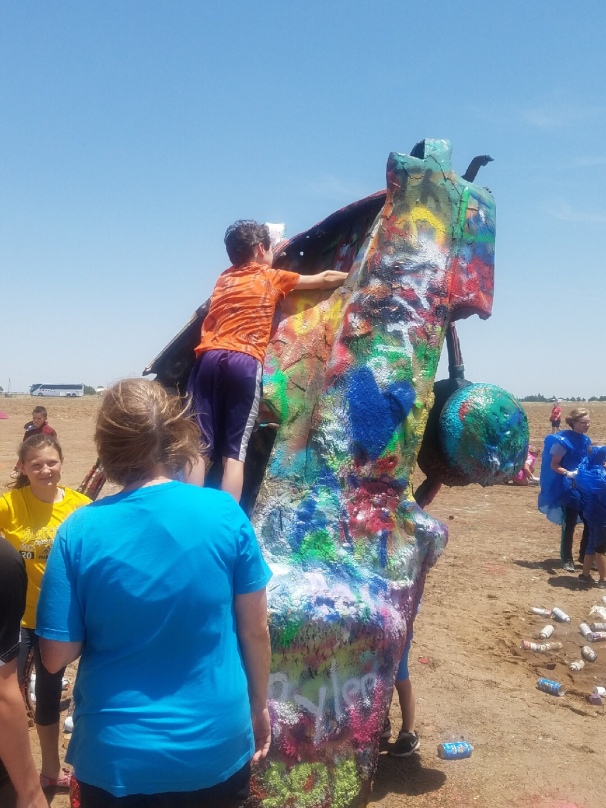 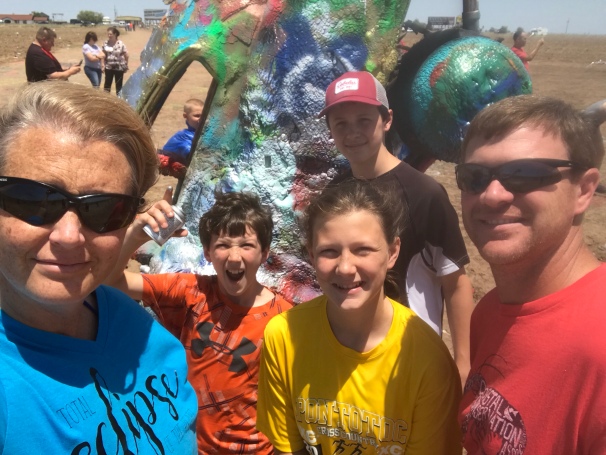 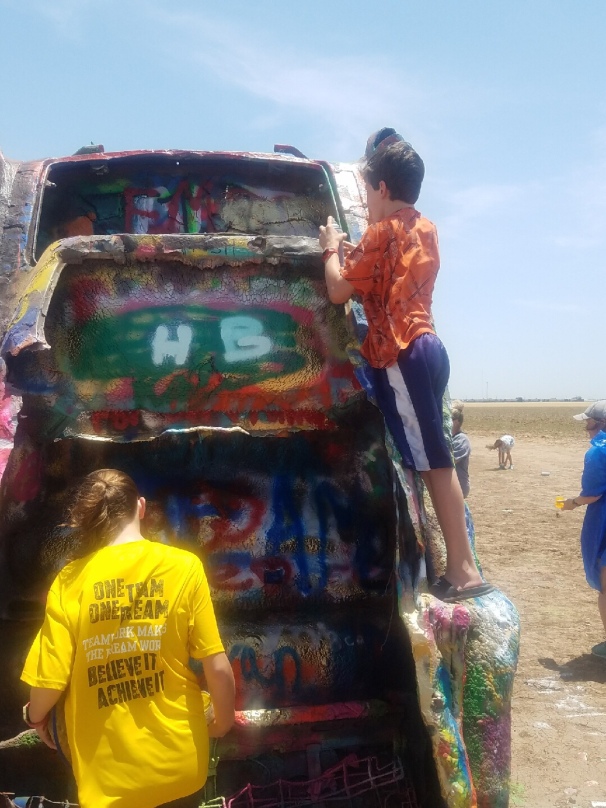 I thought the Mississippi Delta was flat. It has nothing on Amarillo! We also heave been stopping to eat at rest areas. We loved this spot until the next day. We were covered in red bugs!!! 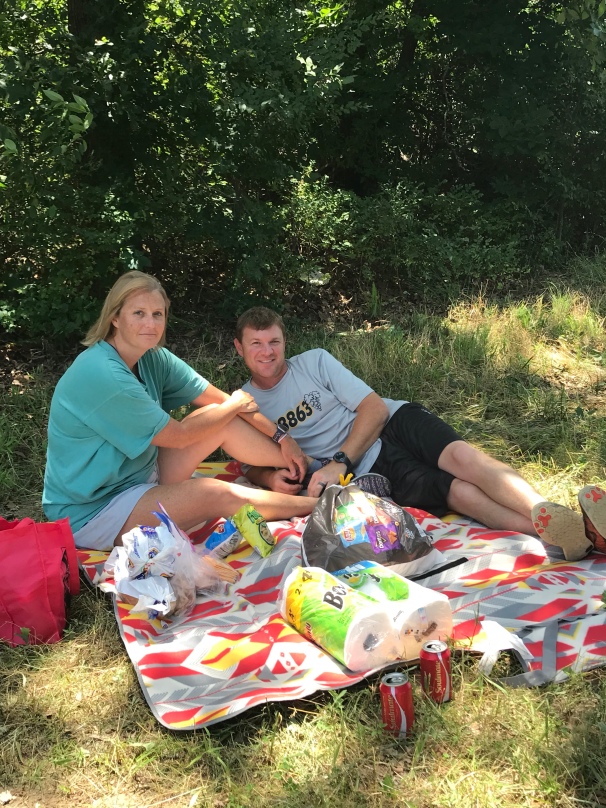 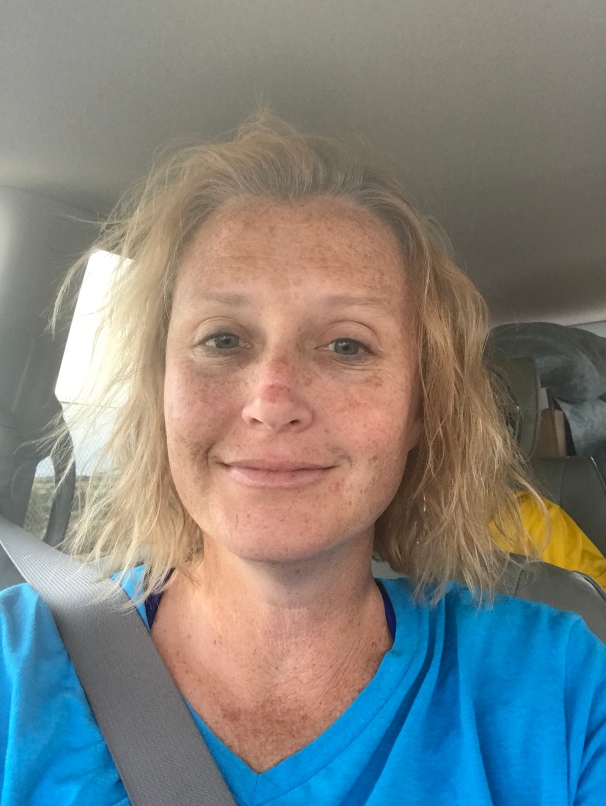